Are autonomous cars safe? Recently, federal investigators found that both the driver and Tesla contributed to a deadly, fiery crash in California. The investigation concerned a semi-autonomous 2017 Tesla model X vehicle. According to findings, the driver was playing on his phone at the time of the wreck, and completely relied on the car to steer. However, the investigation concluded that Tesla should have anticipated misuse of the semi-autonomous features.

Numerous videos of ‘drivers’ letting their Tesla take the wheel are popping up online. Many operators simply set the vehicle to auto pilot and doze off, sleeping behind the wheel at 70mph. You can find these clips HERE. One operator was stopped by Dutch Police for allowing the car to operate, while he was under the influence of alcohol. Some drivers simply use the time to play games on their phones, or do other activities, while counting on an algorithm to keep steering.

Tesla is not the only brand that has become embroiled in an autonomous car crash scandal. In 2018 a woman was killed while Uber tested an autonomous vehicle. The initial finger of fault was pointed at the safety driver who was sitting in the car during the test. It was reported that moments prior to impact with the victim, the driver was streaming a video on her phone. However, others blamed Uber policies for the pedestrian’s death, as well as mistakes by the pedestrian in cross the roadway. Following the crash, Uber suspended testing in Arizona.

Large tech companies have a responsibility to the public to conduct testing in a safe manner. These companies must be transparent about the safety features in the new technology that they roll out. That is the only way to hold them to the safety standards that our society expects. Further, companies need to anticipate user, other driver, and pedestrian error when creating this cutting edge technology.

While the responsibility is largely on the large companies who create these products to make sure that they are safe when entering the stream of commerce, drivers must also use common sense. One common factor between crashes is distraction. Specifically cell phones. And this is not something new – drivers have been distracted by phones for as long as phones have been portable.

Perhaps we should not be asking, are autonomous cars safe? But rather, are distracted people using self-driving vehicle technology safe?

If you or someone you know, has been injured in a car crash call the injury attorneys at Graham & Mauer. 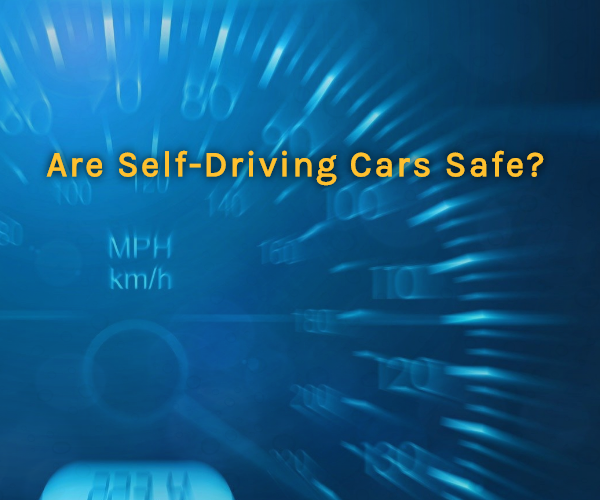